Back to our work
Maintain

The 2011 Rugby World Cup final was, and remains, the most watched televised event in New Zealand. And, with 600 clubs and more than 140,000 registered players throughout the country, it’s easy to see why rugby has come to dominate the Kiwi psyche.

In South Auckland, Citycare Property maintains around 300 rugby, rugby league and soccer fields — as well as 14 grass cricket blocks — including those at the hugely popular Mountfort Park in Manurewa. 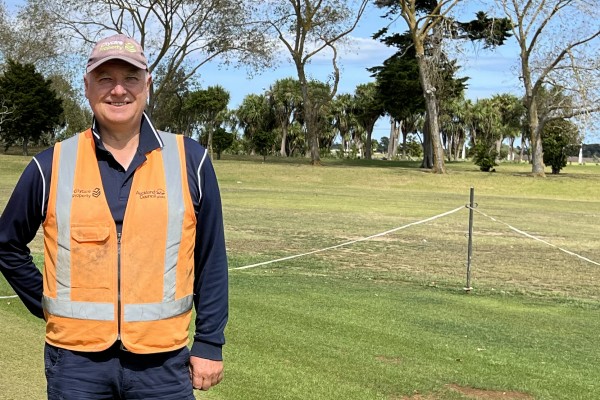 In early April it falls to the Citycare Property Sports Fields team to prepare the Mountfort Park fields for the upcoming winter sports season. This involves renovating the fields to get them in as best condition as possible for the over 5000 players and spectators who will use them each week.

Join Jeremy as he takes us through what is involved in preparing the rugby pitch for the winter season.

Manurewa Rugby Football Club’s premier sides play their matches on Mountfort Park number one field. As part of the pre-season renovation, a ‘pro core’ machine was used to aerate the field. Then, the expert Citycare Property sports fields team applied 200 kilograms of perennial rye grass seed to the field. Following this, a sand spreader applied 44 tonnes of Stevenson 3000 sand – which assists with ensuring a level playing surface and provides a growing medium for the grass seed. The field was then irrigated, allowing the grass to germinate over time.

Not all preparation work is carried out within weeks of the start of the playing season. The Citycare Property team carries out an annual programme of monitoring and maintenance. Sand-based, irrigated fields — such as those at Mountfort Park — are very prone to insect and fungal attacks, which makes the summer maintenance programme especially important for ensuring the following winter season is successful.

“Ongoing monitoring means we can minimise the occurrence of conditions caused by heat and humidity such as Melting Out Disease, which can, under the right circumstances, decimate a field in 48 hours,” says Jeremy Hill, OSM Team Supervisor. 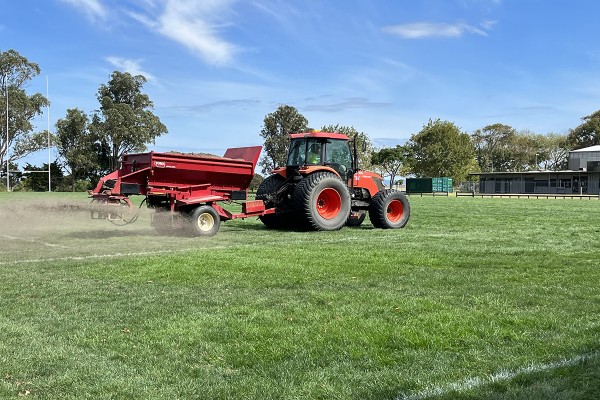 Fine-grain, Stevenson 3000 sand is applied to the field’s surface — following the application of grass seed — to create a favourable growing environment and to provide a level playing field.

Rise of the machines

Another, vital component to preparing the fields, is mechanical intervention, which includes de-thatching the turf, solid tining and verti draining.

Attached to the back of a tractor, the verti drain machine features spikes up to a foot long, that are driven into the ground, down around 200mm. The Citycare Property operator can also put a kick on it, so that when the spike goes down it kicks out, which creates an air pocket and a space for water to enter and dissipate.

Once that’s been done, the seed goes on and then the sand. All this is part of the preparation and decompaction, that creates more life and a better living environment for the grass to grow on top — making for a better all-round playing surface for our rugby players.