Back to latest news
Waikato

The Citycare Property Waikato open spaces maintenance (OSM) crew have been out and about tackling a number of planting projects designed to improve the visual amenity of our communities.

Completed projects include those along the Te Awa Cycleway near Horotiu Bridge and Perry Bridge, Bob Byrne Reserve in Taupiri, Gordonton Tennis Club, Munro Park in Pokeno, the recreation reserve at Te Kohanga, and new gardens on Annebrook Road in Tamahere.

Planting out of the Horotiu Bridge abutment was designed to help stabilise the soil, while additional planting was carried out along the Te Awa Cycleway for beautification.

Citycare Property carried out a planting programme to help stabilise the Horotiu Bridge abutment and beautify the cycleway.

Further along the Te Awa Cycleway at the Perry Bridge crossing, the team completed infill planting of the bank for the third year. Once this planting matures in a few years, it will provide valuable habitat for birds as well as shade for cycleway users. 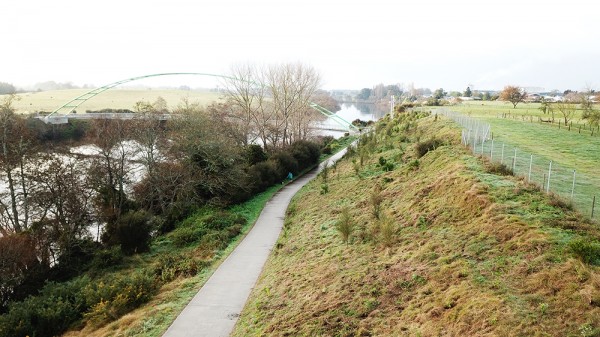 Infill planting near the Perry Bridge will, in time, mature to provide shade for cycleway users.

Most recently, the open spaces maintenance team completed a planting project at Pukeiaahua Paa in Ngaruawahia. This included a wide border of native shrubs to screen the railway and beautify the road entrance and planting around the seating area at the base of the hill. In addition, the team cleared the bank of blackberry and planted harakeke to help prevent erosion.

“Pukeiaahua Paa is a taonga of the local community and of Ngati Tamainupo,” says Citycare Property Branch Manager, Kim Wood. “We have worked alongside Ngati Tamainupo to support their Kaupapa and their role as kaitiaki, seeking to understand and help implement their vision of the whenua for their rangatahi.”

Planting at historic Pukeiaahua Paa included a wide border of native shrubs to screen the railway and beautify the road entrance, planting around the seating area at the base of the hill and the clearing of blackberry and planting of harakeke on the bank to prevent erosion.

Located in the township of Taupiri, Bob Byrne Reserve is popular with both the local community and people passing through. The community wanted the reserve to be more welcoming and attractive so the Citycare Property team has planted new gardens on either side of the entrance.

Planting to either side of the entrance of Bob Byrne Reserve in Taupiri has created a more welcoming space.

One of the areas in which Waikato District Council has been working is to increase habitat diversity and to reduce carbon emissions. To that end, Citycare Property has been assisting council in identifying mowing areas within local reserves that have the potential to be planted out as gardens. One such area was at the Gordonton Tennis Club, where Citycare Property has transformed a portion of the grassed area into a native garden bed. The planting aligns with these goals but is also in keeping with the aesthetic of the nearby Woodlands heritage gardens — a celebrated landmark within the community.

Citycare Property has transformed a portion of the grassed area at Gordonton Tennis Club into a native garden bed.

Further north, at Pokeno, the OSM team completed the revegetation planting of the stream at Munro Park — planting out more than 15,000 plants over the course of a few weeks. This project is the second stage in what is a much larger project to develop former farmland into a recreation reserve designed to protect and enhance the biodiversity of the existing ecology.

More than 15,000 plants were planted out along Munro Stream as part of a project to develop former farmland into a recreation reserve.

Moving to the northwest of the district, Te Kohanga is a small but proud community with the recreation reserve and local rugby club firmly at its centre. The reserve was in need of a huge amount of TLC and Citycare Property is proud to have just finished replacing the old, broken fence with a solid post and rail version. Next up for this reserve is new field-side seating — and the community is stoked.

Next up for this Te Kohanga Recreation Reserve is new field-side seating following the installation of a new post and rail fence.

“While we work predominantly with the Waikato District Council Open Spaces Team, we have also developed strong relationships with other teams including Roading and Project Delivery,” says Kim. “They see us a reliable partner in the delivery of the planting and landscaping components of their projects. One of these was the construction of a new section of Annebrook Road in Tamahere. This featured planting of trees, shrubs and a planted bund to mitigate the visual effects of the civil works.” 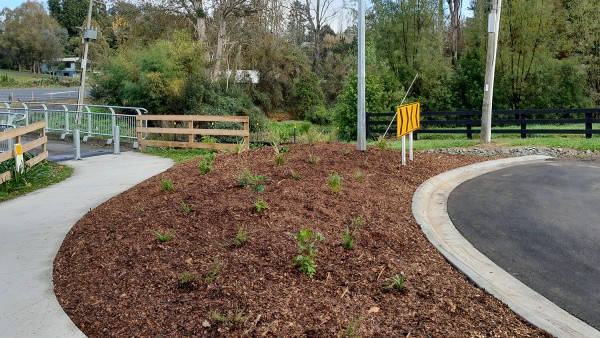 New garden beds and a bund have been added to Annebrook Road in Tamhere to mitigate the visual effects of recently completed civil works.

In addition to these projects, the OSM team also completed more park furniture installations including picnic tables and rubbish bins at Lake Waahi, Ohinewai Hall and Ohinewai Boat ramp. At Lake Hakanoa, new ‘pukeko-proof’ bins have been installed and the community reports that they’re doing a great job at keeping the pukekos out of the rubbish.

New ‘pukeko-proof’ rubbish bins have been installed at Huntly Domain on the shore of Lake Hakanoa in Huntly.

Kim says that even with all these completed projects under their collective belt, the team are far from resting on their laurels and are now focusing on a whole new set of OSM and civil projects for Waikato District Council.

Located within the Christchurch International Airport precinct, Little Jets is a standalone, purpose-built early childhood education (ECE) centre. Licensed for up to 75 children, the centre has been built to cater to the children of parents who work at the airport or one of the businesses within the precinct.

On the morning of Friday, 24 June, as the sun rose on Banks Peninsula, marking the first public holiday celebrating Matariki, a group of assembled guests witnessed the unveiling of Pou Tū te Raki o Te Maiharanui — a pou designed and carved by Ngai Tahu artist and master carver…