Back to our work
Renew Build

Citycare Property recently completed construction of Dallington Landing, the first of a chain of landings planned for the Green Spine as part of the implementation of the broader Ōtākaro Avon River Corridor Regeneration Plan. The Green Spine is an 11-kilometre, 345-hectare corridor extending along both sides of the Ōtākaro Avon River, connecting all the public amenities in the area.

“For us, it’s been an opportunity to create a legacy for residents to connect with the river and their environment,” says Citycare Property’s Contract Manager – Structures, Chris Pinion. 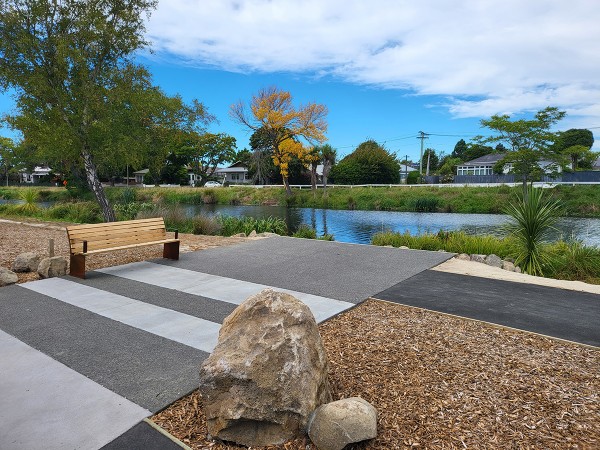 The regeneration plan has been designed to allow residents to connect with the river and broader environment along the Green Spine.

“As residents ourselves, we cherish our community open spaces and the opportunities they offer to improve hauora tinana (physical health), hauora wairua (spiritual health), and hauora hinengaro (mental health), especially in times of uncertainty.”

Citycare Property took on the role of main contractor with our Structures team managing and delivering the project.

Two crews worked on site, with one team completing the concrete foundations for the structures, along with the timber bridge and river landing area, while the other team was responsible for footpath preparation, construction of the basecourse below the structures and toilet block, drainage and all the earth works.

Construction of two the shelters was carried out by local firm, Metalwork and Design, while another sub-contractor carried out the concrete pours for the paths and decorative elements.

Two shelter structures, representative of tree canopy, provide visitors to the landing with an area to sit and connect with the space.

Despite initial delays due to timber supply challenges, the project tracked below budget and the finished product has been well-received by Christchurch City Council. Final planting elements are due to be completed by the end of May 2022. This will complete the space and improve over time as the native vegetation matures and becomes established.

What had been an area designated as red zone following the earthquakes, is now an area that residents and visitors alike can use for recreational purposes, a fantastic stop on the future City to Sea Pathway that will eventually run from Barbadoes Street in the central city, through to New Brighton. 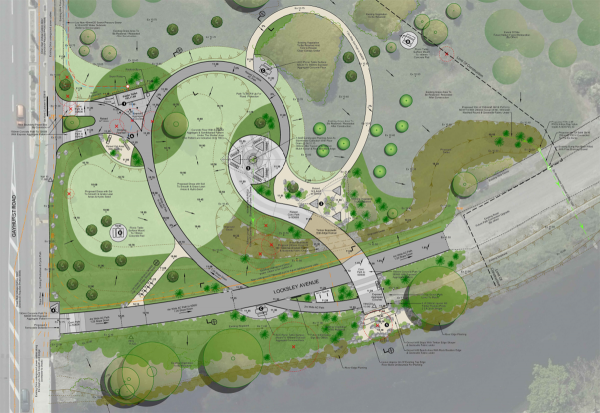 Dallington Landing is the first of a chain of landings planned for the Green Spine as part of the implementation of the broader Ōtākaro Avon River Corridor Regeneration Plan.