Back to our work
Renew Build 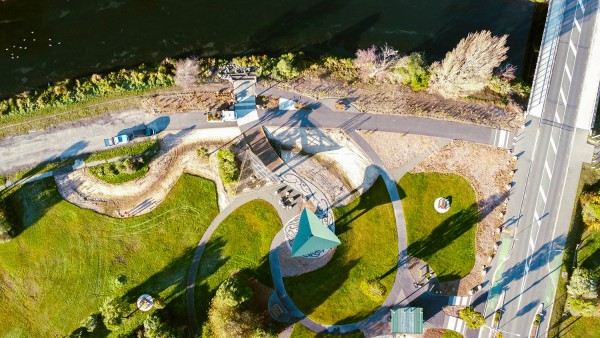 An aerial view of the recently completed Dallington Landing project showing both hard and soft landscaping features including public amenities and open spaces.

The planting scheme is the final touch to the project, which Citycare Property delivered for Christchurch City Council.

“Citycare Property took on the role of main contractor with our Structures and Landscaping teams managing and delivering the project,” says Landscaper Ben Curtin. “Our landscapers’ first visit, in November last year, was to prepare all the various garden sections according to the landscape architect’s plans.”

A large part of that initial preparation involved teaming up with the structures and irrigation crews for the mulching and matting up of each planting zone. Once the irrigation lines were down, the landscaping team laid heavy-grade, biodegradable jute matting, secured with bio pegs, and bark mulch.

The biodegradable matting helps stabilise the riverbank, retain soil moisture and also suppresses weeds, protecting the more than 3000 young plants that went into the ground during April-May, allowing them to establish strong roots and to mature, all while the matting slowly breaks down over time. 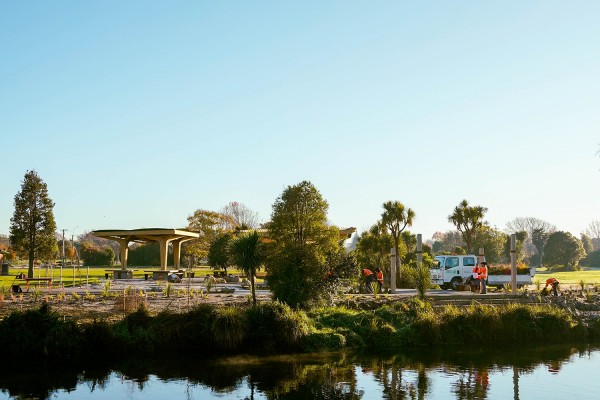 As part of the landscaping plan, biodegradable jute matting was used along the river bank to help stabilise the bank while the new planting matures, it will eventually break down once the planting is fully established

Another important element of the landscaping plan are the large areas of grassed open space. Given the size of the lawn areas, it was decided that the best way to proceed was to use a hydroseeder — a machine that sprays a slurry-like mix of grass seed and fertiliser directly onto the ground. A regular watering roster following the application ensured the turf sprouted quickly.

Beginning in April, the planting plan was complex and full of variety, containing a mix of native sedges, rushes, shrubs and ground covers, all the way up to large-grade feature trees such as matai, kahikatea and ribbonwood — around 3000 plants in total. The planting has been specifically designed to encourage birds, insects, lizards and other fauna back into the area, as well as to provide shade and shelter, as much as visual appeal for the human visitors. 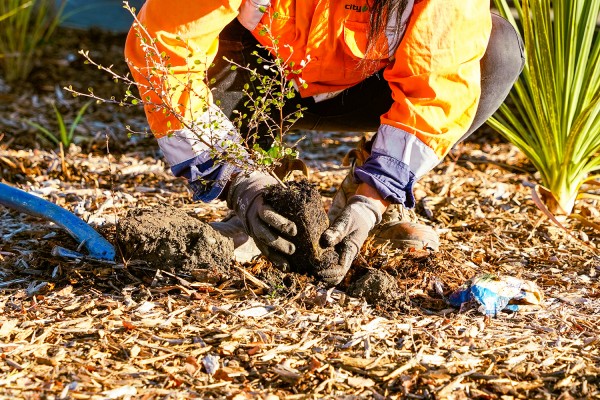 Native species including sedges, rushes, matai, kahikatea and ribbonwood were included as a device to encourage birds, insects, lizards and other fauna back into the area.

“Planting out began in April so as to provide the young plants with as good a start as possible. If we had planted out in November, when the majority of the hard landscaping was complete, a lot of the new, tender plants would likely not have survived the summer. There is always a reason behind our processes and the order we do them in —particularly within the parks maintenance arena — to ensure the highest success rate of a planting,” says Ben. 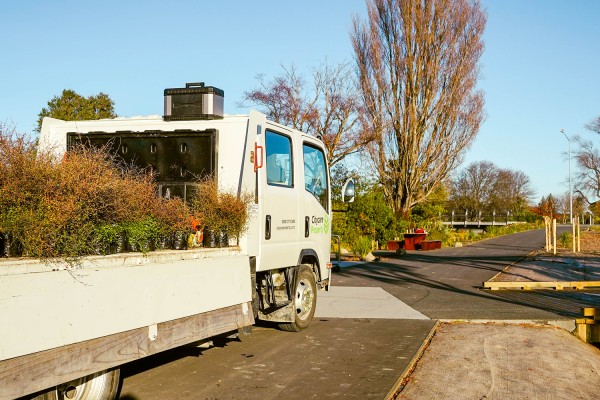 Approximately 3000 plants from ground cover varieties to feature trees were included in the planting plan.

Citycare Property was proud to be involved with this important social infrastructure project. The thoughtful use of red-zoned land to create a lush environment for the community to picnic in and to stroll through for many years to come will have untold benefits. The landscaping team reported that community feedback during the planting phase was really positive — with the common theme being around how the native planting will continue to improve as it establishes and matures. 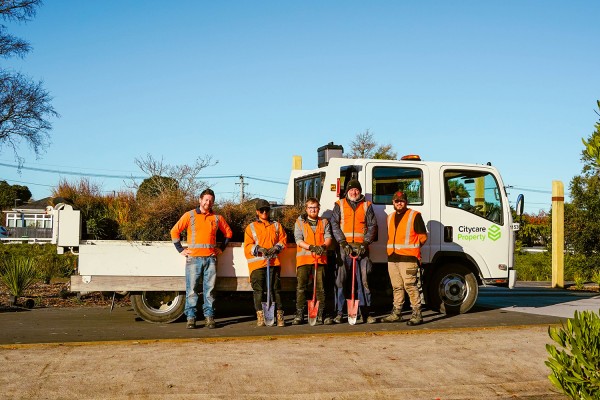 The Citycare Property landscaping team with the final truckload of plants ready to go into the ground.