Citycare Property recognises that climate change is a major threat to our environment, economy and wellbeing. As part of our Towards 2030 Strategy, the business has adopted or established several environmental initiatives in line with the United Nations’ Sustainable Development Goals (SDGs).

We are committed to leading the way in waste minimisation through a reduce, reuse and recycle approach. Citycare Property wants to lessen the volume and toxicity of waste and materials that are generated as a result of our business operations.

As of January 2018, after the Chinese Government announced it would be banning the importation of 24 types of solid waste including plastics, countries such as New Zealand were suddenly faced with the crisis of what to do with their growing stockpiles of plastics.

The only way to avoid a potentially critical situation was for industry, government and councils to support local companies that were creating valuable products and commodities from waste materials. 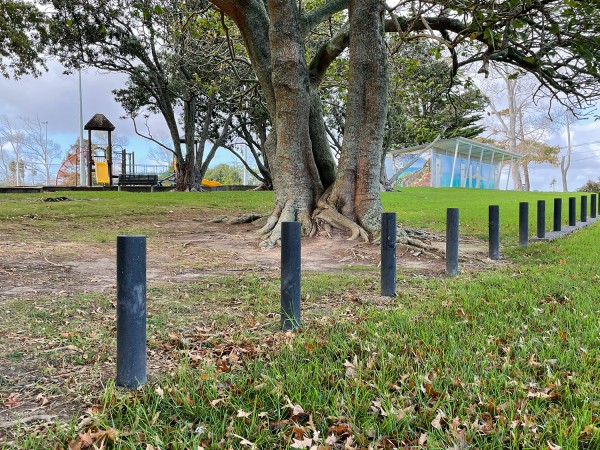 One such company is Future Post, located in Waiuku, south of Auckland. Established in 2015, Future Post uses a proprietary process to turn plastic waste into a variety of fence posts and bollards for use by the farming and horticulture industries.

“We first became aware of the Future Post product following its launch in 2019 and immediately saw the potential for its use across a number of Citycare Property open spaces projects,” says Auckland Operations Manager, Martin Potter.

Since then, Citycare Property has been able to utilise the products in a number of Auckland projects including the restoration of an exterior fence line at Mountfort Park, Manurewa; and the installation of a new bollard fence at Beachlands Domain. 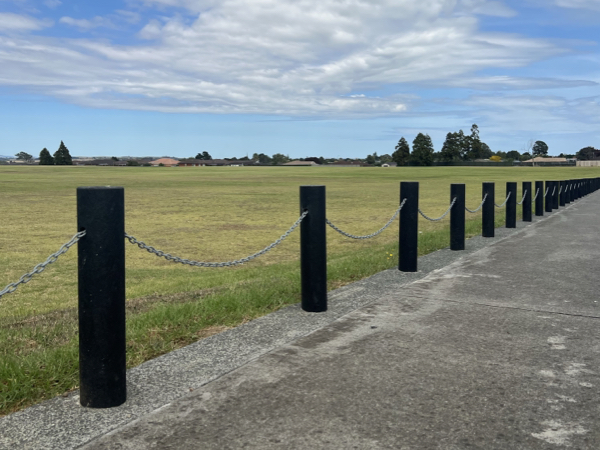 A kilometre-long fence consisting of 180, 200mm posts, along with 320, 125mm bollards, were installed at Mountfort Park in the Auckland suburb of Manurewa.

The existing Mountfort Park fence line bordering Sykes Road had become derelict, with the original timber posts being badly deteriorated. The decision was made to replace the fence with the Future Post product as both a sustainable and durable option.

“They take an unwanted product — single-use plastics — that would otherwise end up in landfill and repurpose it in a way that is more environmentally friendly than the components used. Not only that, but with a life expectancy of 50-plus years, the product also takes advantage of plastic’s inherent longevity,” says Citycare Property Building Maintenance Manager, Mike Fe’ao.

The kilometre-long fence features 180, 200mm recycled plastic posts and has turned an eyesore into an eye-catching feature the community can be proud of. An additional 320, 125mm bollards were also installed as part of the project.

Citycare Property Project Manager, Robert Kurz, is also singing the praises of the environmentally friendly posts after installing 175, 125mm bollards at a local park in the harbourside suburb of Beachlands.

“One of the biggest issues we face with open spaces projects in Auckland, is having to deal with the harsh marine environment. Replacing treated timber posts with a UV-stable, recycled plastic equivalent means we get performance and durability without the potential for harmful chemicals to leach into the ground causing further problems in the future — a big part of Citycare Property’s commitment to sustainability.”

The 2011 Rugby World Cup final was, and remains, the most watched televised event in New Zealand. And, with 600 clubs and more than 140,000 registered players throughout the country, it’s easy to see why rugby has come to dominate the Kiwi psyche.

Citycare Property recently completed construction of Dallington Landing, the first of a chain of landings planned for the Green Spine as part of the implementation of the broader Ōtākaro Avon River Corridor Regeneration Plan.