Located a 45-minute drive east of Christchurch on the Banks Peninsula, Little River is a small, rural town with a big history.

Established in the 1800s, Little River had two primary industries, timber and farming. In 1886, the Little River Branch railway was opened to carry passengers and stock between the town and Christchurch. The line was closed to passengers in 1951, before being completely closed in 1962. Between 1927 and 1934, passengers were conveyed on the experimental Edison battery-electric railcar, the only one of its type to be built.

In 2006, Christchurch City Council, in partnership with the Christchurch to Little River Railtrail Trust reopened part of the railway line to the public as a cycling and walking track. The full 50km track was completed in 2009 – and once again, ‘passengers’ could make the journey from the city to Little River.

A playground to capture the imagination

Located in the small town of Little River, and situated near the start of the Little River to Christchurch Rail Trail, this playground – newly renovated by the Citycare Property Landscapes Construction team – is a gem ready to be enjoyed by locals and visitors alike. 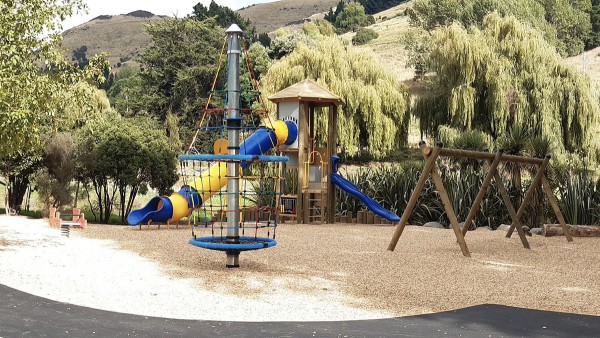 Situated near the start of the Little River to Christchurch Rail Trail, this playground has been designed as an added attraction for locals and visitors.

Designed by Christchurch City Council, in consultation with the local community, the playground was conceived as an added attraction for the families, travellers and cyclists that often stop into Little River for an ice cream or coffee on their way around Banks Peninsula.

Citycare Property was engaged to execute the project, first removing the existing playground and excavating the site in readiness for the new playground. The expert Citycare Property Landscapes Construction team then installed the new playground – including a 5m tower with a tube slide, double wave slide, climbing wall and play panels, a Viking rope swing, a space shuttle climbing spinner, a swing set with strap seats and a basket swing, bongo drums, a train rocker and various natural play elements. A playful stepping edge was installed, along with a new accessible asphalt entrance, seating and picnic tables, a new boundary fence and a small area of planting. 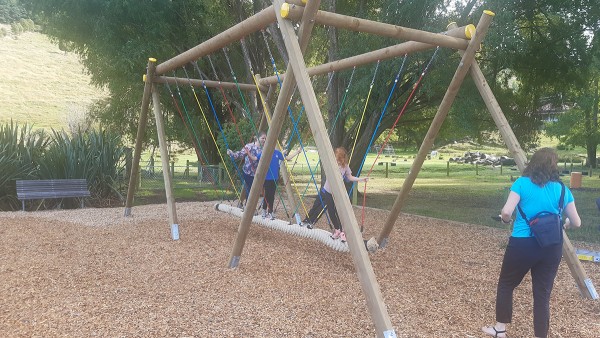 A Viking rope swing is one of the exciting components of the newly refurbished park.

Ahead of the game

“Works began in late February and the team brought the project in on budget and ahead of schedule – taking just five weeks to complete,” says Brent Cations, Contract Manager – Landscapes.

“It will be a very well used space by both the locals and visitors stopping by for many years to come, and is a huge improvement on what was there before,” says Marcy McCallum, Project Manager for Christchurch City Council. 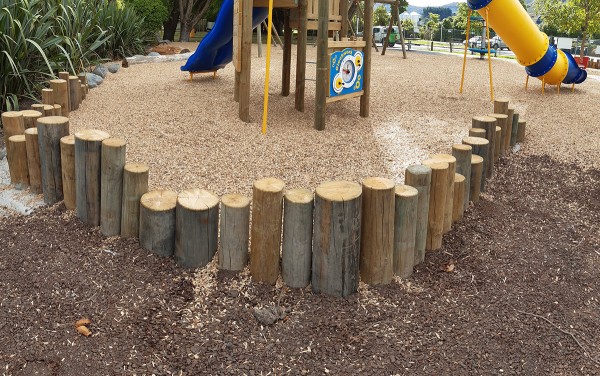 Various natural play elements, such as this playful stepping edge, were also incorporated to augment the manufactured elements.

“It was great to have it completed so far ahead of schedule and with very few issues, testament to everyone’s efforts. It has been great to see this project finally come to life and turn out better than expected.”

History comes full circleLocated a 45-minute drive east of Christchurch on the Banks Peninsula, Little River is a small, rural town with a big history. Established in the 1800s, Little River had two primary industries, timber and farming.