Unfortunately, vandalism is an ongoing issue at a number of public open spaces facilities across Auckland as motorbikes and vehicles continue to damage playing fields and surfaces.

At Auckland’s Mountfort Park, the Citycare Property sports fields team was disheartened recently to witness yet another case of damage to the cricket blocks.

“The damage, coming towards the end of the season, was a real blow to the team who had to work especially hard to get the wicket up to scratch for the final match,” says Jeremy Hill, Open Spaces Maintenance Team Supervisor. 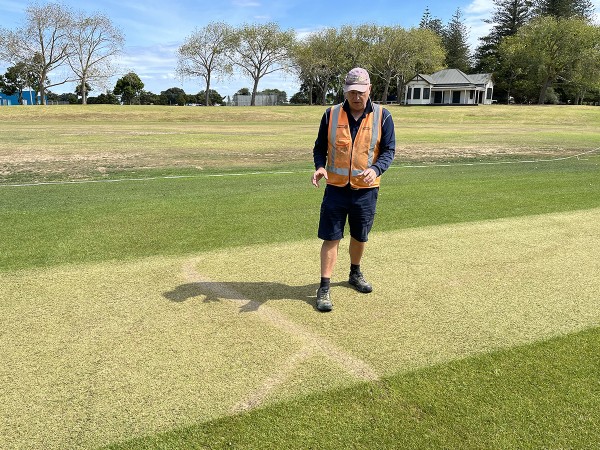 Citycare Property OSM Team Supervisor, Jeremy Hill, surveys the damage to a cricket pitch at Auckland’s Mountfort Park, caused by a motorcycle being ridden across the wicket.

Sports fields maintenance going above and beyond

The damage was caused by a motorcycle driving across the wicket, leaving a deep groove in the surface.

In this instance, the placement of the groove would have impacted the line and length of the ball’s delivery, so the decision was made by the Citycare Property team to move the pitch back one metre to mitigate the impact of the damage.

Fresh soil, along with a mixture of grass clippings and PVA glue, was applied to even out the surface. Rigorous rolling was then carried out to enable the pitch to be used for the critical final match of the season.

“This was a great example of the Citycare Property team being able to think outside the box, going above and beyond the scope of the contract specifications, to ensure a successful outcome for the client and users — who were really grateful.”

This ability to draw on the team’s experience and expertise to provide solutions was recognised by the Northern District Cricket Association, who named Citycare Property employee Vijay Changotra Groundsperson of the Year at it’s 2022 awards ceremony. 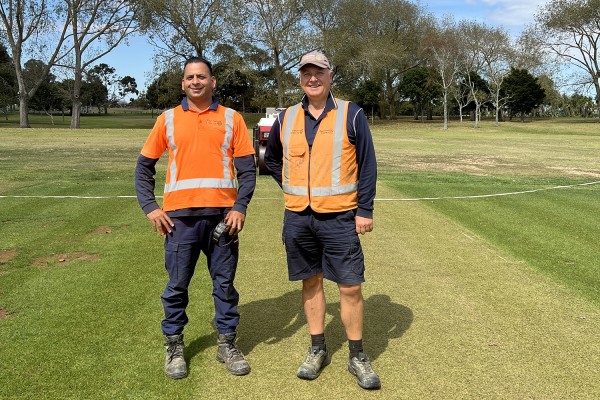 Taking an all care, all responsibility stance on social infrastructure

Now that the season is over, the regular maintenance cycle will resume, which includes the team renovating all four cricket blocks at Mountfort Park.

Each block, comprising the wicket and infield — an area of approximately 600m2 — is mown down to a turf height of 7mm. A grooving machine then removes a percentage of top soil and organic matter, which is collected and disposed of, before a layer of new, specialist cricket soil is applied along with grass seed and fertiliser.

The block is then irrigated and the ongoing programme of rolling, mowing and weeding of the renovated wickets continues over the winter months to ensure moisture levels remain stable. Then, about a month out from the start of the season, the team will make a decision as to which strips will be available for the first match, which is usually played around the beginning of November.

Located within the Christchurch International Airport precinct, Little Jets is a standalone, purpose-built early childhood education (ECE) centre. Licensed for up to 75 children, the centre has been built to cater to the children of parents who work at the airport or one of the businesses within the precinct.

On the morning of Friday, 24 June, as the sun rose on Banks Peninsula, marking the first public holiday celebrating Matariki, a group of assembled guests witnessed the unveiling of Pou Tū te Raki o Te Maiharanui — a pou designed and carved by Ngai Tahu artist and master carver…